facebook.com SUBU Crossfit has a tradition of raising money for homeless kids in Orlando. Last year they did this and raised $34 000 which led to the insane amount of 34 000 burpees done by the members. This year they broke all their records, so 90 athletes signed up to complete the challenge. Luckily there's a max of 1000 burpees per athlete. This should be fun!

youtube.com Another video featuring CrossFit Games host Rory McKernan checking out Dublin and Belfast, talking a bit about the history and training a bit with the locals in Reebok CrossFit Northern Ireland.

youtube.com CrossFit Games host Rory McKernan traveled to Ireland to get to know the CrossFit community and attended a ceremony that celebrates their CrossFit and Weightlifting communities.

CrossFit ReVamped adopted a family of seven for the holidays

boxpromag.com There's a reason why everybody says CrossFit's all about community. This article gives you a small taste of what a few CrossFit boxes are doing for Christmas and it's pretty amazing. From organizing fundraising WODs through exchanging presents and inviting members' families for a dinner to adopting a family of seven for the holidays.

But why does she have to talk so much about her armpit hair?! 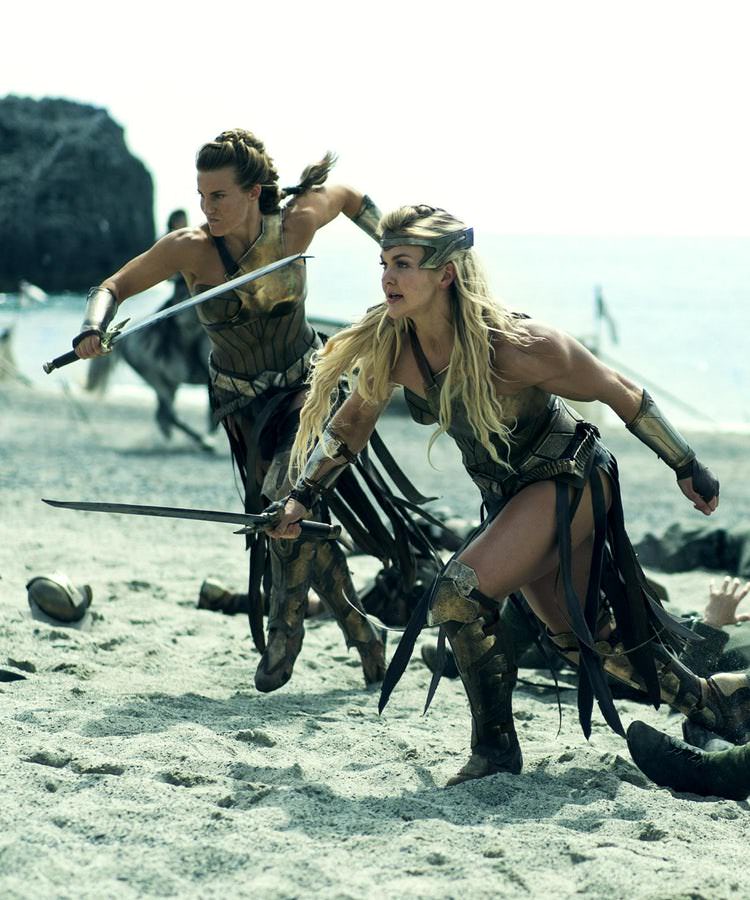 Brooke Ence was spotted on the red carpet twice already this year, after playing small roles in Wonder Woman and Justice League.

In this article Brooke talks about being bullied as a young girl for having a strong looking physique. She goes on talking about her insecurities on the Wonder Woman set after hearing whispers that she might be on steroids...

“I definitely had some moments when I was working on Wonder Woman when I felt really insecure about that… There was talk about, ‘Oh, she must do steroids.’ So that was pretty tough."

Brooke also mentioned that she feels empowered to make a change in this new film industry. So it's just a matter of future casting choices, as she appears to be open for Hollywood business.

“If I don’t at least attempt to do more in a world or in an industry that is different than what I’m used to, it may work out and it may not, but if I don’t at least try, then it’s just another person who has the ability to make a really positive change not doing it just because I’m nervous about it not working out.”

When Crossfit meets Videogames...and they give it a really fun name.

On 16th of December CrossFit Pell City is throwing the competition called Fittest Gamer on Earth. Sooner or later this was bound to happen.

"Enjoy VideoGames? Enjoy CrossFit? For the very first time, we proudly present "The Fittest Gamer on Earth", where CrossFit meets Videogames. Teams of Two will compete head-to-head in three CrossFit workouts and four Videogames all from different consoles. This is going to be one of the most unique and fun competitions of the year! Space is very limited, proceeds benefiting Angel Tree Foundation this Christmas!"

Check out the event.

This series on CrossFit South Brooklyn already won our hearts since they shared the video on CrossFit Mom classes. They've got 800 members and organize classes from kids to seniors. Listen to owner David Osorio talking about him having the privilege of having his members' time and making the most of it. Great talk on humbleness & good recipe for business. 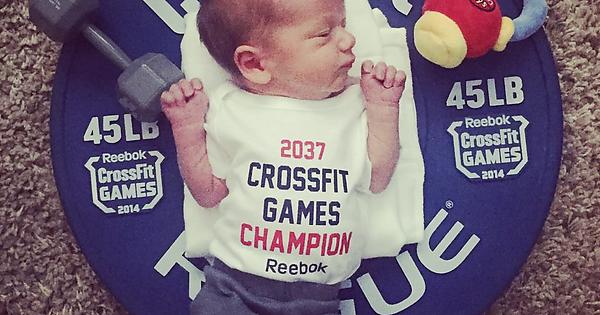 "I was born ready"

This little dude will probably have to compete against humanoid robots like Atlas from Boston Dynamics, but I'm already cheering for him!

Boston Dynamics released a new humanoid robot that can do box jumps and back flips. His name is Atlas and judging by how he's handling his box jumps, it looks like until August 2018 he should be ready to compete in the CrossFit Games.

The previous record held was for 15 pumpkins smashed in one minute. This year coach Conor Murphy doubled the record. Cool or wasteful?

crossfitteamname.com WARNING: this name generator for fitness & Crossfit competitions can be addictive. Once you press "No, that sucks. Try again" you're hooked. 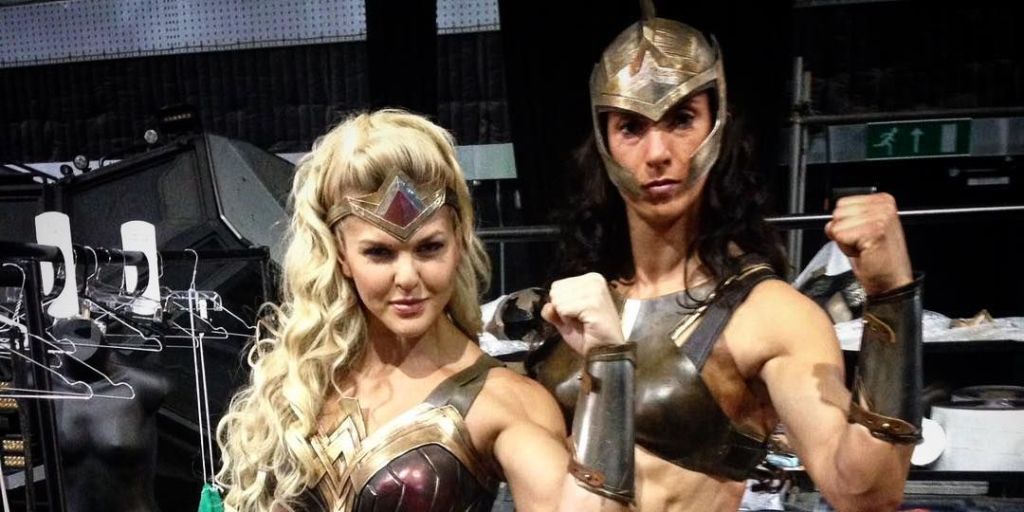 Brace yourselves: Justice League is here and so are Brooke Ence's hamstrings

In the DC movie starring Gal Gadot and Ben Affleck we'll also be able to spot Brooke Ence in a skimpy outfit. Not that workout clothes are usually covering much more...

instagram.com Stefi Cohen has new squat and bench PRs and two world records at 122 pound bodyweight: 1 for her 495 pound deadlift and the other for her 1112 pound total: 407 pound squat, 210 pound bench press, 495 deadlift.

NOBULL black trainers are coming back on Black Friday

youtube.com You'll have to be quick. Nobull black trainers have been sold out pretty fast in 2015 and in 2016.

Guiness World Record for most people doing burpees, by the Dubai Police

gulftoday.ae The Dubai Police broke the Guiness World Record for the most people doing burpees with 1455 participants, compared to last year's record established in UK, of 689 burpee performers.

Dubai wants to be the most active city in the world

dubaifitnesschallenge.com Dubai Fitness Challenge: 30 minutes of fitness for 30 days in Dubai, with the goal to make Dubai more active.

Be the shark in the ocean, not the fish

youtube.com Best. Motivation. Speech. Ever. "Don't put yourself down. Keep your self up, pumped for any challenge that comes."

youtube.com There's a taser gun involved. And it's not pretty. There's also a bit of cool footage of Amsterdam. That's pretty.

Froning and Fraser talking about Mat's move to Cookeville

youtube.com Froning & friends Episode 5 is on and it's all about Mat Fraser's relocation to Cookeville. yogaonthefly.com When will anybody start creating CrossFit boxes as alternatives to airport lounges?

That's how you slide into the weekend

instagram.com The Morning Chalk Up says it right: this is what knee sleeves were really made for. 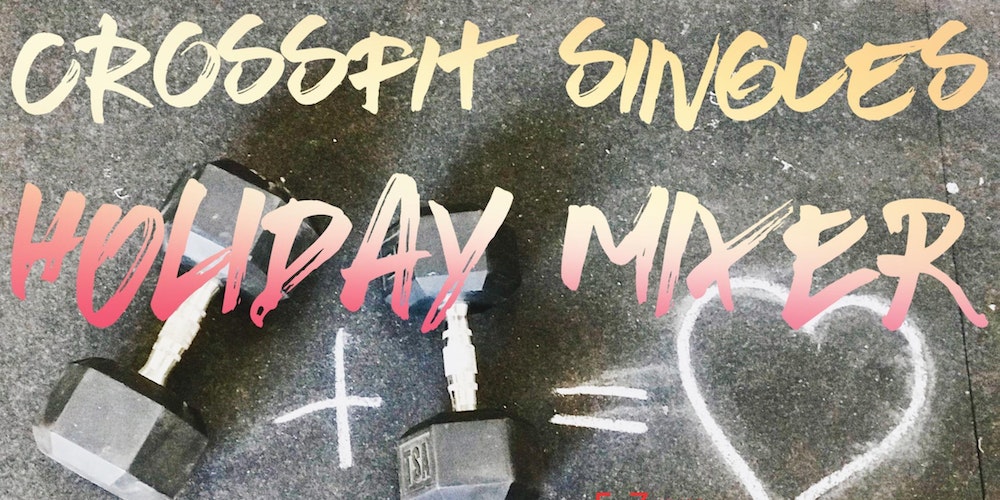 Let it get sweaty. CrossFit for singles dating event in CrossFit Oakland Uptown

eventbrite.com Killer event description... "Are you single? Do you CrossFit? Do you wish you could just meet someone who has a nice snatch, knows how to clean and jerk - but isn't one? Then this is the event for you."

Diapers and Dumbbells: CrossFit for fresh parents with baby-friendly movements

youtube.com Sevan checks in with Pat Sherwood about the evolution of the Liftoff competition, as well as his military background. Froning & friends podcasts: 4 episodes are on

Challenge: 10k jump ropes til the end of November

Lunch with Dan Bailey on his boat sounds good Next time you wake up with a hangover, try a protein shake

Who's gonna win the Invitational this year?

This dude got really fired up about his retirement

You never forget your first muscle up. Especially if you're a kid

Would you try this newly engineered low fat avocado?

The 2017 Tribal Clash video is here and it's simply EPIC!

Keeping up with Brooke Ence can be hard...

You can customize your Reebok Speed TR 2.0 design

CrossFit level: out of this world. How to rescue a deer

Think you're ready for a team spot for Tribal Clash UK 2018? 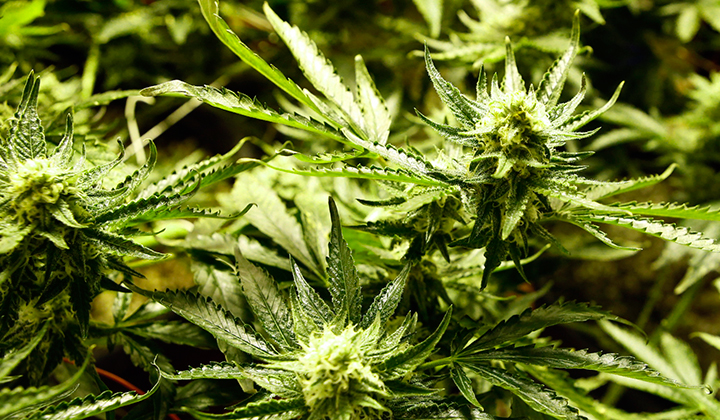 Is Marijuana A Performance-Enhancing Drug?

Tripple unders are starting to be a thing

A spoonful of motivation for CrossFit parents

Challenge a CorssFit buddy to do this challenge When PEDs talk gets too toxic...

One arm muscle up. In Norway. In jeans.

Dare to play "the floor is lava" with this guy

Which two Games athletes should be a couple and make a super kid?

This is how my friends see me